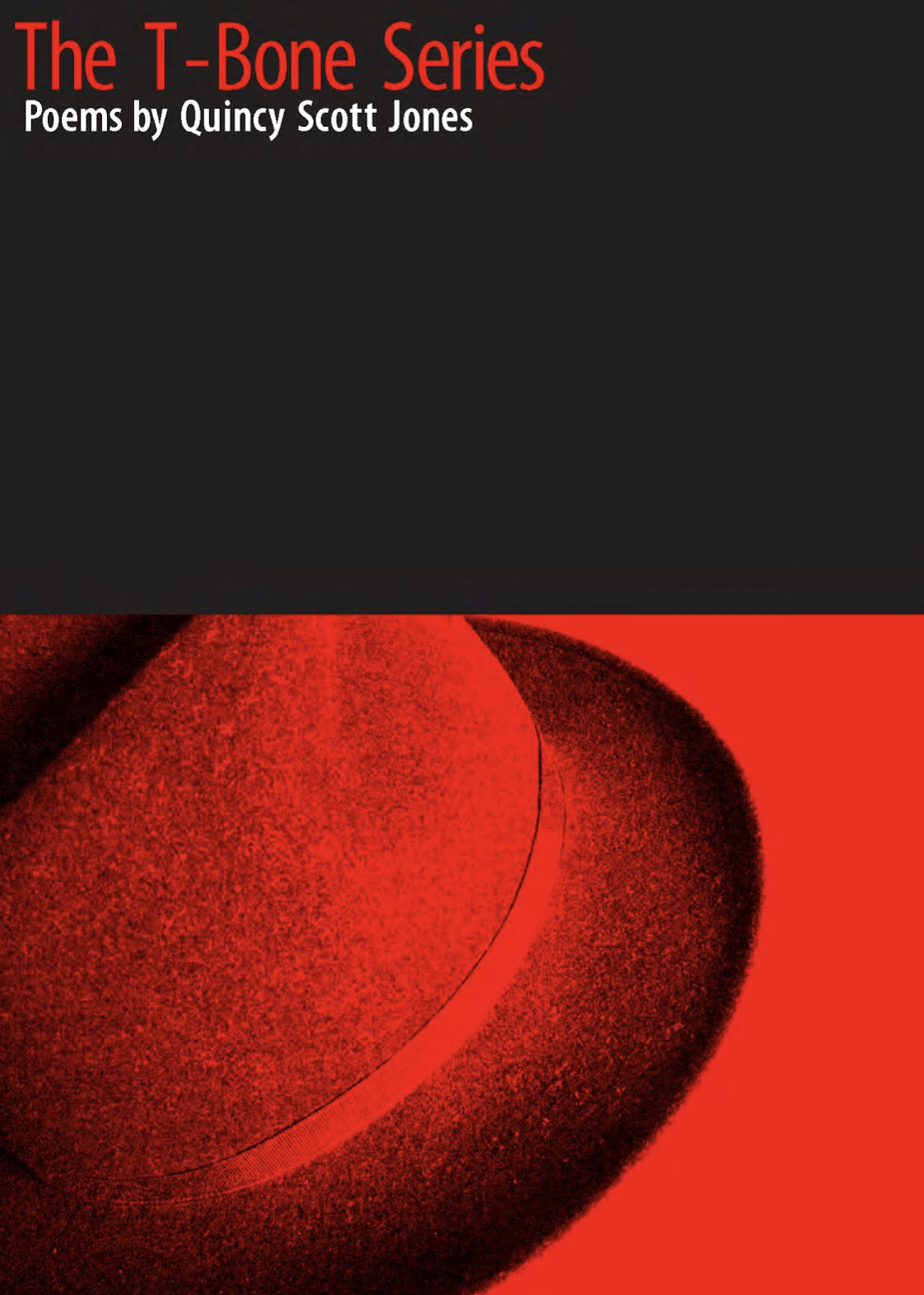 Praise for The T-Bone Series:

“In many ways, Jones could be considered an avant-garde Langston Hughes had he lived in the post-Civil Rights era; rendering complex portraits in the language of those centered in his lyric narratives, whether writing as “himself” or as a persona like in The T-Bone Series. His wry, futuristic folktales surprise and satisfy like cool water or a shot of bourbon, neat. He uses humor and irony in ways that somehow sting and feel poignant at once.” – Kamilah Aisha Moon author of Starshine & Clay

“Quincy Scott Jones offers a reflection on the Faustian temptation to go for the royal flush in the wee hours only to find in the glint of the morning light, a handful of nothing.” – Peter Baroth, “Philadelphia Stories”

“It is clear that Jones admires Langston Hughes and Sterling Brown. His poetry evidences a Black vernacular whose grassroots voice conflates Greek characters and Black folk culture with a  sense of humor reminiscent of Hughes and Brown. Three of the more alluring characteristics of The T-Bone Series are Jones’s ability to unveil the Black male ego, his talent to provide a balanced vision of grassroots Black women, and his skill to describe the interaction between the two.” – Joyce A. Joyce author of Black Studies As Human Studies

“How to Kill Yourself Instead of Your Children” is the poetry winner of C&R Press 2020 book awards and is forthcoming fall 2021.
Login to Quincy Scott Jones
Reset Password
Enter the username or e-mail you used in your profile. A password reset link will be sent to you by email.